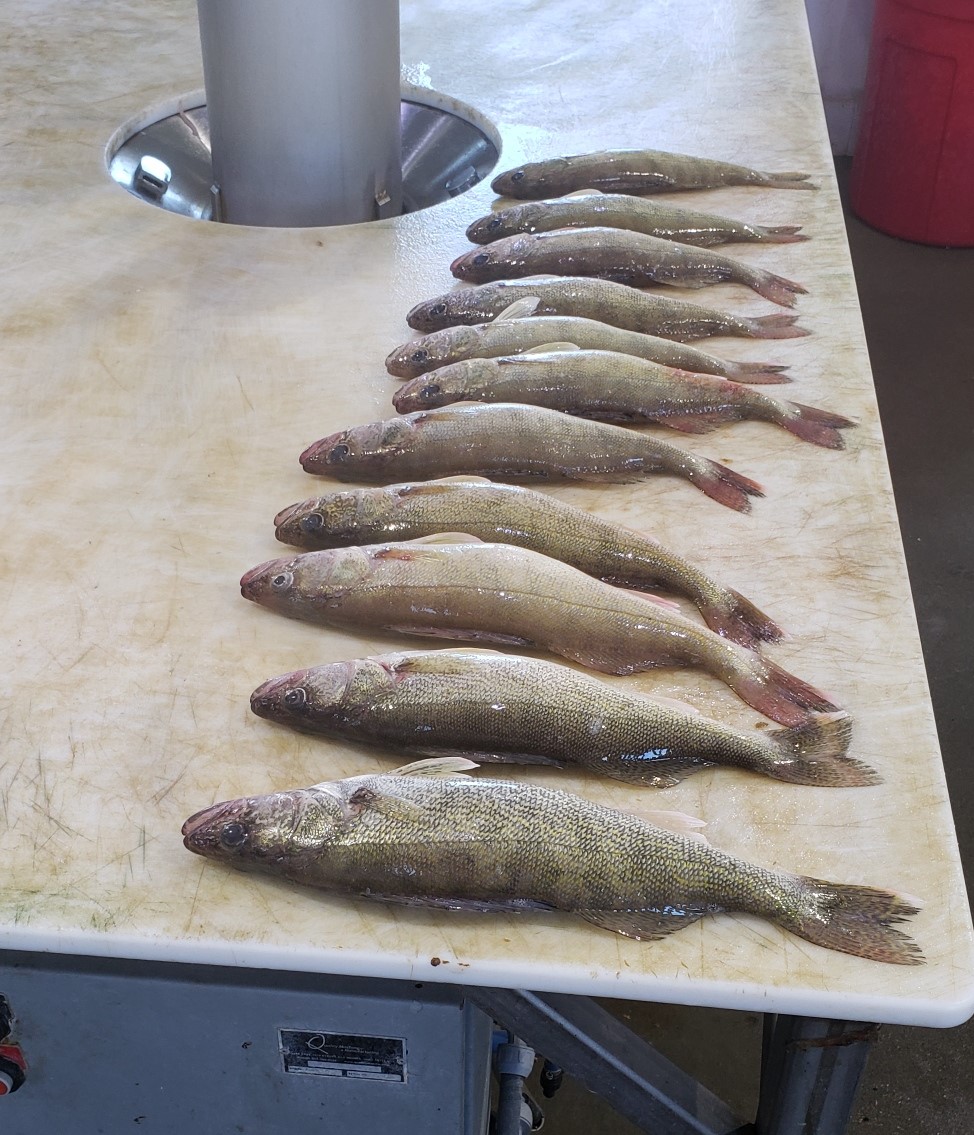 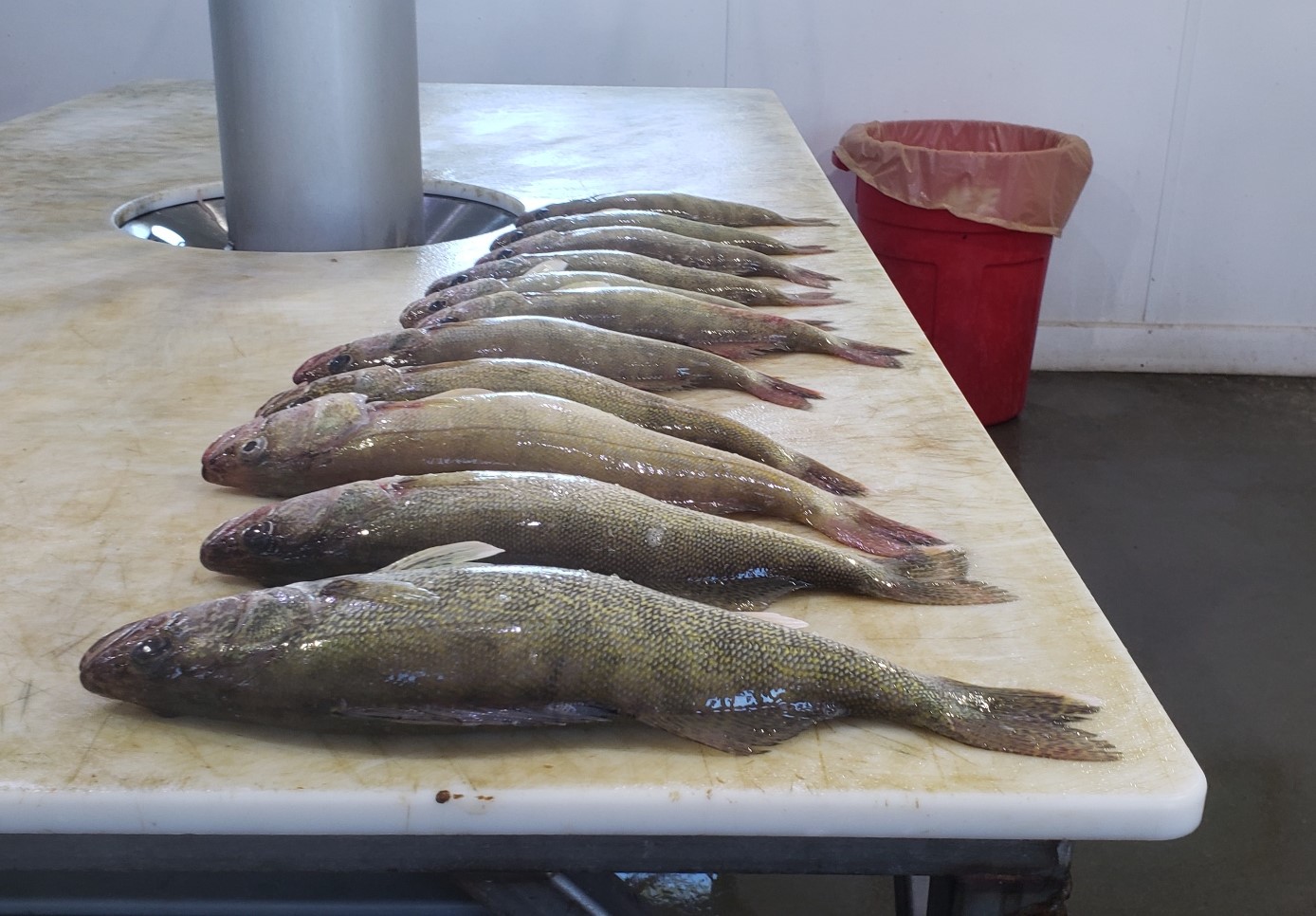 We were in 2 areas today that produced fish.  Due to high winds we were forced to ‘hide out’. The first area was in 22-25 feet of water and there were many fish in the area, we ran over a lot more non-biters than actual biters but we were able to hook into enough to make it productive.

The 2nd area was in 21-23 feet of water and again we marked far more fish than we had biters but again, we got enough biters to make it a productive area where that we are confident you will find worth checking it out.

To be totally honest with you, we aren’t really looking at water temperatures as that much of a factor anymore.  Sure, cold fronts might drop it a little here and there but we have reached a point where, if anything, the elevated temperatures are going to just drive the fish deeper.  Pretty solid bites in the early hours of the morning right now.

The water is starting to take on that mid-Summer Devils Lake green tint.  Not too much yet, but far from crystal clear.  With the high winds, the northern lakes are quite muddy and North 6 Mile continues to be very muddy.  There are so many areas producing around the lake, no need to trouble yourself with those areas that have gotten too muddy. 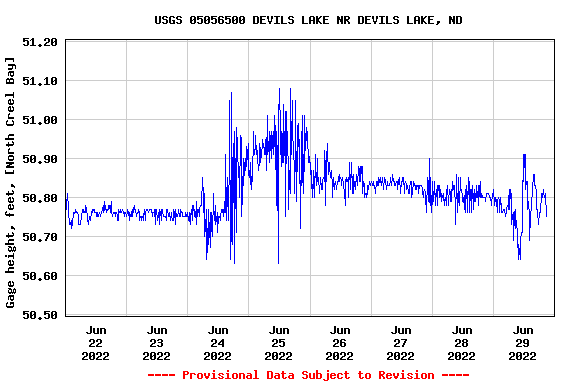 Leveled off but obviously a breezy couple of days and another one on deck.  Guessing we are going to top out at just under 1451, barring a major precipitation event.  With that, evaporation and the pumps will take over and we will start to see it start to go down a little bit.  All that being said, this influx of water has probably given us a very strong spawn year and 2022 should be a very productive year class.

We were in 1 spot today where the weeds were breeching the surface in 10 feet of water.  That is some massive weed growth.  Finding weeds and fishing those weed pockets or the edges of the weeds can be extremely productive. 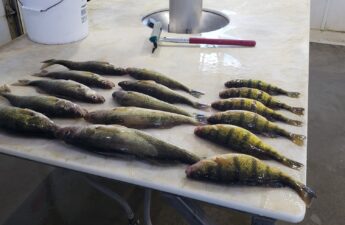 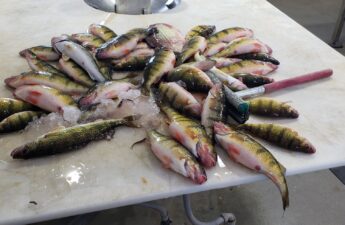 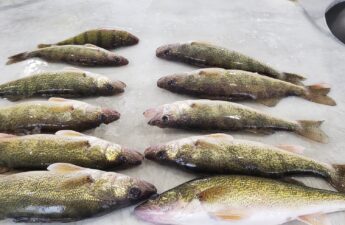