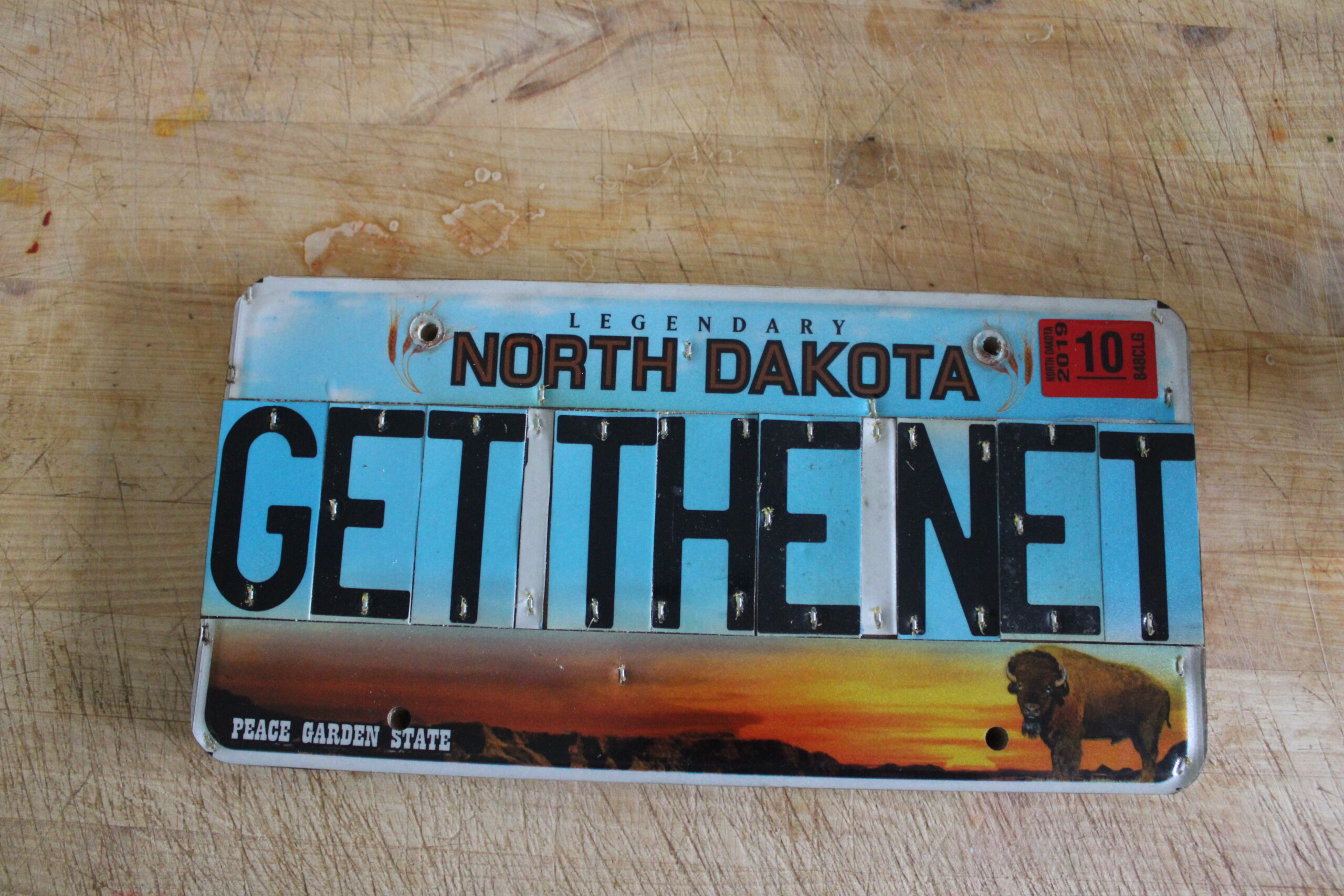 We reached out to Todd Caspers, Fisheries Biologist for Devils Lake, before the start of our Waterfowl Season.  We had some questions and he had the answers and then some.  We found his responses very informational and helpful.  We hope to make this ‘State of the Lake’ address a yearly thing and we hppe that you learn as much from Todd’s responses as we did! Our questions are in italic, his commentary is in bold:

Todd, with extended dry conditions returning to the Lake Region for the first time in about 25-30 years, we are entering some new territory, what is the biggest impact on Devils Lake as a fishery?

The biggest impact so far is probably the increase in salinity or saltiness of the water that the lower water levels are having on the lake.  This happens because as water evaporates from the lake, it leaves behind the salts.  This is currently probably only problematic in the eastern portions of the lake, that have always had higher salinity levels anyway.  The problem that the salinity causes is that fish eggs can only survive so much salinity.  Pike and walleye are the first species that are impacted by this, and salinities in some areas now are probably high enough to be negatively impacting their reproduction, so stocking may be needed to make up for the lower natural reproduction in those areas.

For roughly 30 years, incoming water has been, what most fishermen believe, the driver of the Walleye and Perch spawn; are those accurate assumptions?

No, spawning activity is very visible to us in terms of concentrating fish in certain areas like Channel A during years with high run-off, but in terms of if that spawning activity is more productive to the population than other years, we don’t have any data to back that up.  The data we have seems to indicate that the amount of run-off in a given year isn’t a major contributing factor to walleye or perch spawning success. Walleye and perch spawn throughout most of the lake when water levels are relatively high.

With the lack of any run-off this spring, was our Walleye and Perch spawn drastically effected?

It appears that the lack of run-off did not negatively impact walleye reproductive success (as explained above).  This fall, we caught about 45 young walleye per net, which is the 3rd highest amount we have caught since we started doing the fall reproduction netting in 1992.  We did stock walleye this year, but it is highly likely that a lot of the young walleye that were caught were naturally produced since the catch of young walleye was so high throughout much of the lake.

The perch spawn was not that successful this year though.  Our fall nets only caught about 5 perch per net, which indicates a relatively small year class.  This really isn’t unusual for perch in Devils Lake though, as their reproduction tends to be erratic, and either high or low without many years producing moderate hatches.  This doesn’t seem to be related to the amount of run-off in a given year though, as we’ve observed good perch hatches in years with high and low inflows.

This Summer was, in our opinion, really good fishing; with water recession, the fish have less water to hide in and therefore in a lot of areas seemed to be more concentrated.  If these dry conditions, how long can we as anglers in the Lake Region expect these ‘good fishing’ conditions to continue?

The “concentrating effect” may have some role in angler success in the short-term, but probably a bigger contributor to angler success is the numbers of fish and the availability of forage, or food for the fish.

We have seen just a huge number of fish all the way from 10-11 inchers up to 18-21 inches this summer, that represents quite a few year classes; how long can the current population sustain the fishing pressure that Devils Lake receives?

The fact that you are seeing better numbers of fish from several year classes is good.  In addition to natural reproduction, we stocked walleye most years from 2016 to 2021 specifically to attempt to produce several good year classes in a row.  Ongoing recruitment does help reduce the effects of heavy fishing pressure.

In regards to the population standing up to the fishing pressure, so far the populations seems to be handling the fishing pressure well.  We estimate the mortality rate of the walleye population of Devils Lake every year.  The mortality rate is basically the percentage of the fish that die every year from being harvested and also from natural causes like predation or disease. Most years this mortality rate is estimated at 40% or less, which sounds a bit alarming at first, but this is actually on the low end of what is considered normal, which is 40% to 55%.

This means that we likely don’t have a problem with too many walleye being harvested.

At what point do you decide that drastic stocking efforts are in order?

It has long been our opinion that water recession, as we are seeing, sucks many of the nutrients to the middle and to the east; can that be classified as accurate?

I don’t think that the water levels receding necessarily changes the water chemistry (nutrients) of each portion of the lake from what it generally is otherwise.  That said, the eastern portions of the lake do tend to have higher salinity levels, since the western end of the lake is where the spring runoff enters, and that water has lower levels of salinity.  Salinity levels lake-wide will likely be somewhat higher at a given water level as the lake recedes than they were at that level when the lake was rising, since salts came in with the additional water and will be left behind when the water evaporates.

Perch need vegetation to spawn, with the water receding and not much new vegetation, is it realistic to expect this to be a successful Perch spawn year?

There has been a big ANS awareness push and as of yet, zebra mussels are not in Devils Lake.  Obviously, we all know some of the negatives of their introduction, would there be anything positive?

Not that I can think of, they likely won’t even eat the various blue-green algae species that we have, and some recent research indicates that zebra mussels may even help to increase blue-green algae populations by eating their competitors.

Lake Erie is THE premier Walleye fishery in the US right now and Zebra Mussels have been present there for years, is there a ‘positive’ aspect if they ever do get into the Devils Lake system?

Again, nothing positive that I can think of.  Even if there was, it would be a crap shoot as to how zebra mussels may change the particular ecosystem of Devils Lake.  Zebra mussels are definitely a species that we don’t want, which is why it is important to follow the regulations regarding ANS so the potential for unwanted introductions can be minimized.

In closing, where would you rate the health of Devils Lake as a fishery in 2021 and what outlook can Ice Fishermen have for the coming Ice Fishing season?

Overall, I’d rate the health of the fishery as good.  All species except for pike are doing relatively well right now.  Pike numbers are lower than their relatively high levels of several years ago, but they are still present.  Somewhat lower pike numbers are not necessarily a bad thing as their body condition was low when their population was too high.  I think the ice fishing season should be good for walleye and perch, but pike fishing will probably be slower than normal.

I have always been a huge supporter of our Game and Fish/Fish and Wildlife branches in North Dakota.  I think they do a wonderful job and Todd did not disappoint.  We hope you found this informational and we look forward to bringing you more as the years go by. 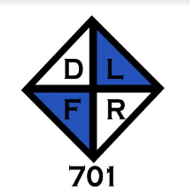 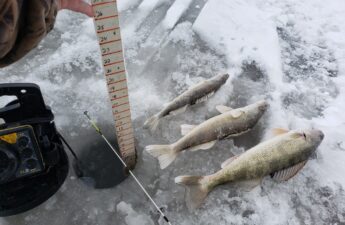 Big Storm On Its Way!