An Explanation Of ‘The Blue Zip Tie’! 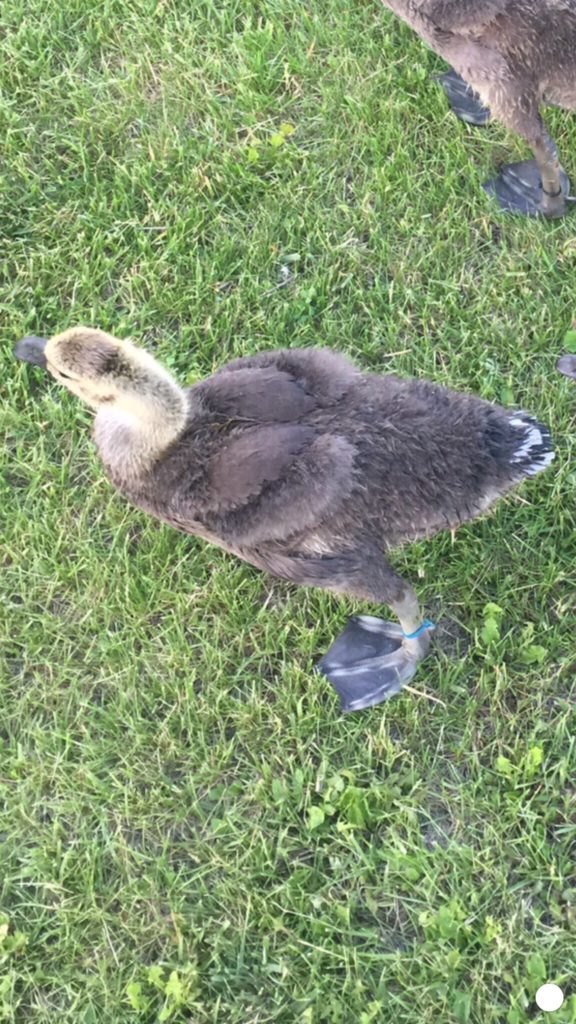 Two Wednesday’s ago, November 1st, one of Northern Flight Guide Services’ Guides, Mike ‘Spider’ Schell, was hunting east of East Devils Lake.  Spider is one of, if not THE, best there is.  Tony Dean used to say that:

Through years of plying his trade, he has gotten to be somewhere many of us will never get to, the pinnacle of our profession. There isn’t much room at that peak, but he is there with  few others.

His group that morning was in the midst of another banner day in the field, a Fowl Smackdown that he is used to being a part of.  As a Waterfowl Guide, Spider has seen a lot of things and knows what to check for when a bird is retrieved.  The band check is almost second nature to an experienced guide and he is a guide like no other.

The double take must have been something to see when he noticed this little piece of blue plastic on this otherwise ordinary Canada Goose.

You see, this Canada Goose, like not many others, had a name:

When Spider and his crew brought their birds in last Wednesday, he had a pretty good story to tell.  If you know Spider, you know that he can tell a pretty good one about the mornings hunt and he gets quite animated and makes it so that you feel like you were there with him.

The bird on the table with the Blue Zip Tie had all of us a little perplexed.  He explained the anticipation of expecting to find a numbered band on the other leg.  Discovery of none had all involved a little confused.  Some investigation would be in order.  When the idea of investigating and getting to the bottom of this Blue Zip Tie was brought up, Spider charged me with doing the leg work:

Well, yeah Travis, this computer stuff is right up your alley, see what you can find out! 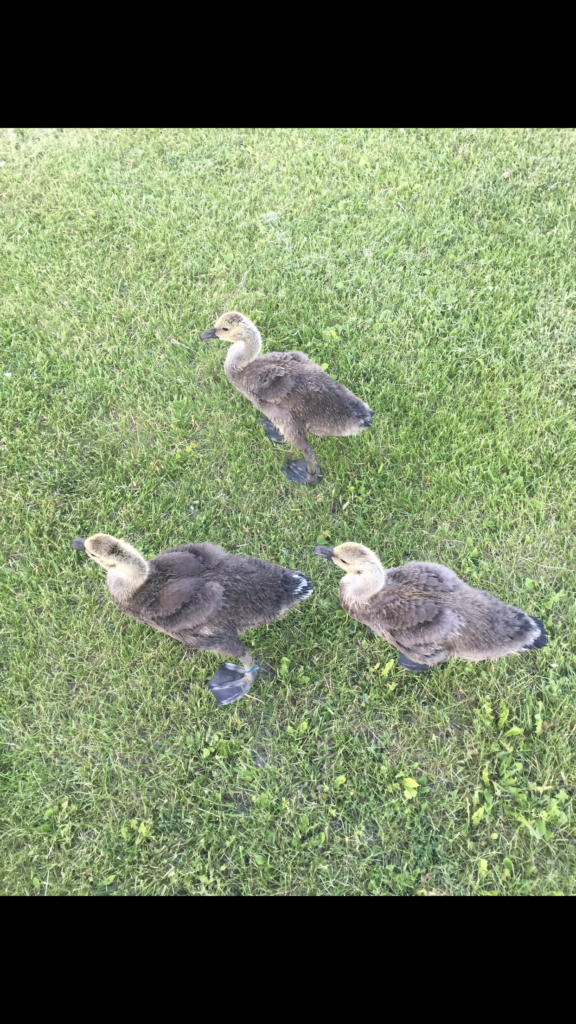 Don’t get me wrong, I love Facebook.  It is a wonderful tool when used right and for honorable purposes.  The ability to reach thousands of people that in the past one would have had to spend hundreds of thousands of dollars 20 years ago to reach is nothing short of spectacular.

Many times, Facebook gets a bad rap for less than honorable reasons due to the way it gets used my some of its users.

Knowing the influence and reach of our Facebook page, that is the first place I turned to try to put together the puzzle of the Blue Zip Tie.

It didn’t take long, hours not days, for names and possible leads to pop up.  Several different individuals were tagging people and asking is this so-and-so?

I had just broadcast the demise of someone’s pet goose.

The Text That Connected The Dots

Then came a text from a good friend.  Holte is a fishing freak, and he is really good at it too.  I got to be friends with him through, what else, our shared love of fishing.

He notified me that a friends family had some baby geese this spring that may have been the source of the Blue Zip Tie.  I now had my lead and an area of where the Blue Zip Tie originated.

Ironically, all I had was a lead.  Not much else, I knew some people, 40 miles south of Devils Lake, had some birds wander in their farm yard and they interacted with them.  That’s it.  I was kind of stuck at that.

I check our Facebook page almost daily.  As part of our marketing plan, it is required.  Checking to see how our posts are performing and trying to come up with different ideas to better promote this little endeavor is part of what fills our non-fishing, non-hunting time.

And that is where we hit the marker

An individual had shared our post and from there we were getting somewhere. Through the comments on that share we found Kelsey.  Through the connections of Facebook and Facebook Messenger we were able to communicate with Kelsey and the mystery of the Blue Zip Tie was solved.

There was still the hanging dread in the back of my mind that one of NFGS groups had killed someone’s pet.  My first message to Kelsey was simple and just explained to her that I would love to hear about Milton.

Kelsey and her family are outdoors people and active in hunting.  This helped to facilitate our conversation.  I even went so far as to inquire whether or not her kids would be sad in any way when they found out one of the geese from this spring had been shot.  She insured me that they had grown up around Goose Hunting and actually thought it was pretty cool.

I think everyone is familiar with the movie whose storyline is the flock of geese that gets imprinted with a family and they have to teach them how to be a goose with ultra light led flights and all.

Kelsey tells us that the three geese wandered into her parents yard south of Tolna.  They kept wandering in the yard when they were little and got used to her two kids.  They would feed them from time to time and put different color zip ties on their legs to tell them apart.

When they learned to fly they would still randomly come back.  As of our writing Kelsey said they hadn’t seen the three geese since August. 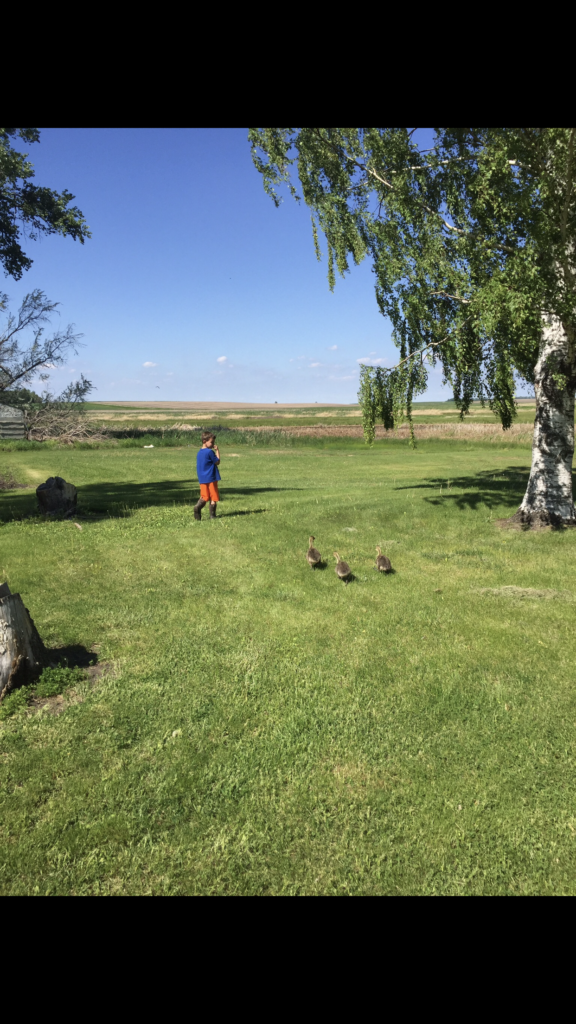 Our mystery of the Blue Zip Tie was solved.  Through social media and a little communication, we were able to learn the story of 3 Canada Geese that befriended a family.  I truly hope that Clarence and Jonathan are still out there, I hope that one of them makes it.  I can just see the smiles on Kelsey’s families faces next spring when Clarence or Jonathan alights in Kelsey’s parents yard to say hello.  Canada Geese return to where they were hatched year after year.  Hopefully, next spring, we have Chapter 2 of the story of the Blue Zip Tie!

Monday Report- What DLFR Has To Help You This Open Water Season!! 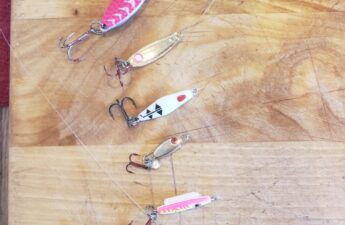 3 thoughts on “The Story Of ‘Milton’”